The Battle of Culloden: The Jacobites' Last Stand 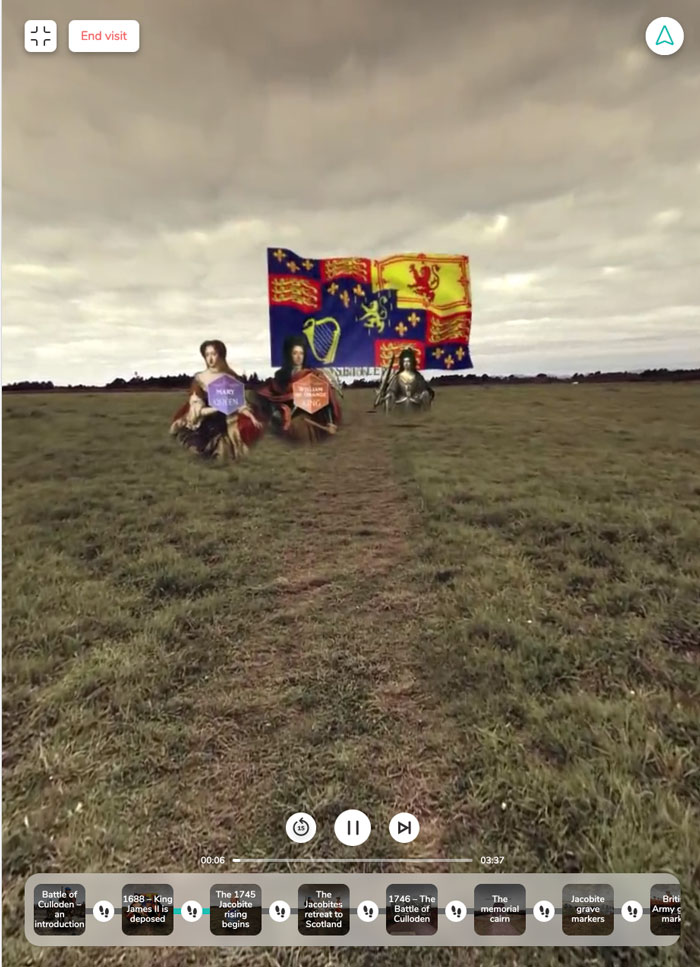 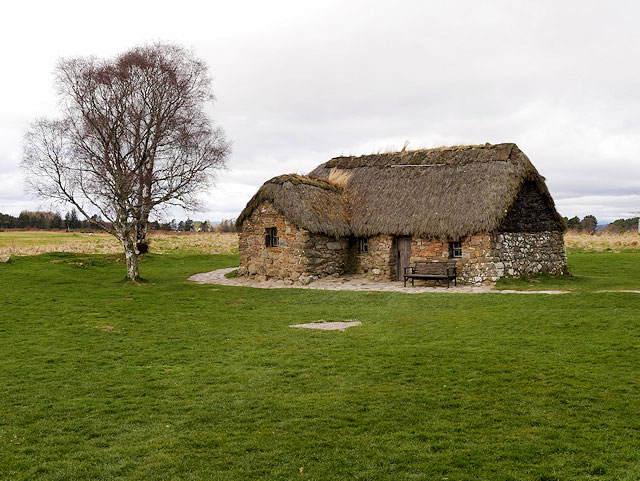 “This is INCREDIBLE!! So interactive, so informative and educational. It’s such a brilliant way to blend educational videos and virtual tours. Really gives them a context and connects you to history.”

The Challenge
In March 2020, the UK’s national lockdown restrictions had an immediate and devastating impact on the heritage sector. With doors to some of the UK’s most beloved institutions forced to close overnight, the tourism industry was forced to turn to digital alternatives to keep their supporters engaged.

Against this backdrop, Virtual Visits’ remote, 360-degree touring technology was perfectly positioned to support the sector in their time of crisis. As a result, we were selected to be one of Innovate UK’s Covid-19 funded projects, allowing us to invest significantly in expanding our creative and technological capabilities.

To put Virtual Visits’ newly-improved technology to the test, we partnered with the National Trust for Scotland to explore fresh ways to connect with their customer base. After pinpointing Culloden Battlefield as the ideal test location, we set to work developing a gripping and informative virtual tour that would accurately reflect the story of this fateful battle.

The Solution
For both us and the National Trust for Scotland, it was vital that our Virtual Visit was more captivating than the “vanilla” virtual tours that the UK public have become accustomed to. We did not want to simply tell viewers the story of Culloden – we wanted to transport them back in time and really immerse them within the throes of battle.

So we devised a dynamic tour itinerary that recounted not only the battle, but also the events leading up to it and the turbulent aftermath. Key sites were identified throughout Culloden Moor and filming was meticulously coordinated.

To ensure our narration was thrilling, our team worked closely with relevant historians while developing the tour’s script. Once complete, to add an extra touch of Scottish heritage, we recruited Outlander star Graham McTavish to act as the tour’s audio narrator.

In post-production, we then introduced custom animations, historical imagery and video excerpts into the tour, all of which heightened the immersive feel. From the use of superimposed rain to echo the battlefield’s boggy terrain, to historical paintings of the key commanders involved, the result was a truly compelling recreation of the events leading up to and following 1746.

The Battle of Culloden tour was officially launched on the Virtual Visits website and iOS app on 3rd March 2021 and can be viewed here.

The Result
The Virtual Visit has had an overwhelming reception from people across the globe, with thousands logging in to experience the Culloden story. Some of the latest feedback:

“This is fantastic!”, Inverness Outlanders

Book a personal demo with our experts to see how virtualvisits® can transform your organisation.